Birding by the bins

Relocating for work or study is something that I’ve done on multiple occasions over the years, with my most recent schlep leading me from Norfolk to the cosy, coastal, confines of Westbourne in Dorset. My new(ish) manor is a narrow slice of loveliness, sandwiched between Bournemouth town centre and the urban sprawl of Poole, where I rent a comfortable, yet gardenless, first-floor flat, as like many of my generation the idea of owning property (or even a small lawn) is still unfortunately a pipedream.

When I first viewed the flat, back in January last year, I didn’t really consider its wildlife potential, as I didn’t plan on spending much of my free time there… Despite lacking a garden of its own, the property nevertheless came with its own, small, concrete parking and wheely-bin storage area at the back of the building. Surrounded on all sides by a narrow belt of private back gardens (some of which support large Sycamores and ornamental fruit trees), which are further walled off by an encapsulating band of three-storey buildings, the spot nevertheless feels surprisingly open and offers an unobstructed, if somewhat truncated, view of the sky above. 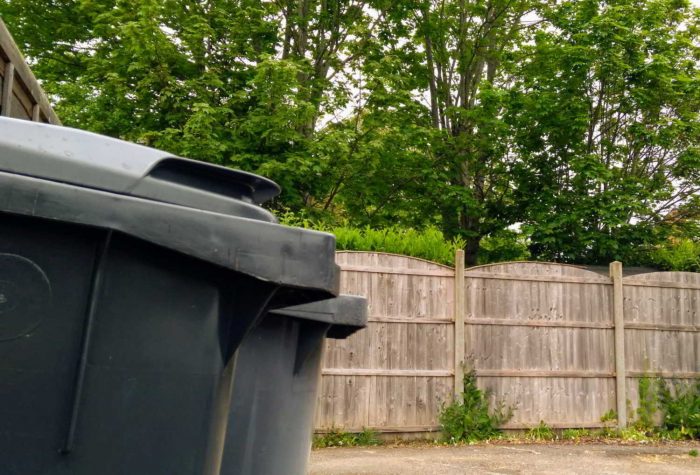 In a wider geographic context, the flat is located pretty much straight north-east of the Sandbanks peninsula, and 250m due north of the terminus of Alum Chine. The latter is a narrow but densely wooded coastal valley, which wends its way through heavily built-up Westbourne before opening onto the seafront, 1.2km to the south of the flat. In my mind’s eye these features act like fingers pointing due flatwards for any coastal migrant orientating itself overhead, and may help to explain some of the ornithological craziness I’ve experienced during the Lockdown period…

After moving in, spring and summer 2019 came and went and, with the exception of what is still currently my only “garden” Osprey (causing havoc amongst the gulls overhead one morning at the end of May), the Flat List got very little attention. Things started to change in the autumn, as the days grew shorter and it proved harder for me to do any pre-work birding elsewhere, and I got into the habit of spending an hour or so by the bins before setting off for the office. 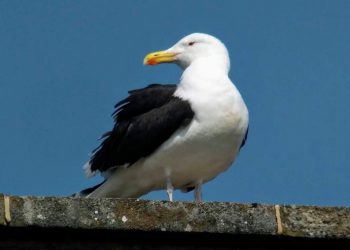 A spanking male Black Redstart, which briefly dropped into the top of the neighbouring Sycamores one morning, and a flyover Hawfinch within a few days of one another at the end of October definitely piqued my interest. It was however the 8,000 or so Woodpigeon that migrated south-west over the flat in just over an hour and a half on the 28th October (part of an annual mass autumn movement in south Dorset) that really cemented the idea of expending more effort on recording birds in the vicinity of the flat from that point onwards.

Over the following four or five months I continued to add to the Flat List, including a flyover flock of Golden Plover in mid-December and my first Mediterranean Gull just before Christmas. At the end of 2019 the list stood at a modest 59 species, and the start of the new year bought further additions in the form of a vocal Greenshank one evening and a flock of godwit shooting overhead in the face of a weekend winter storm.

Fast forward to the start of March…

The Lockdown has seen me largely confined to the flat for the last seven weeks, and the ability to go and stand out back by the bins with my bin’s has been a godsend for both my sanity and the Flat List. My morning Lockdown routine has seen me stood staring skywards, or scanning the neighbouring gardens, for an hour and a half or so first thing each day, prior to my neighbours getting up and wondering what the hell I’m doing. I’ve also spent the majority of my lunchtimes, whilst working from home, out back at the UK’s newest bin-based bird observatory, gazing past the rooftops in the hope of overflying migrants.

Suffice to say, I haven’t been disappointed, and the Lockdown has actually provided me with some of my most memorable birding experiences ever! 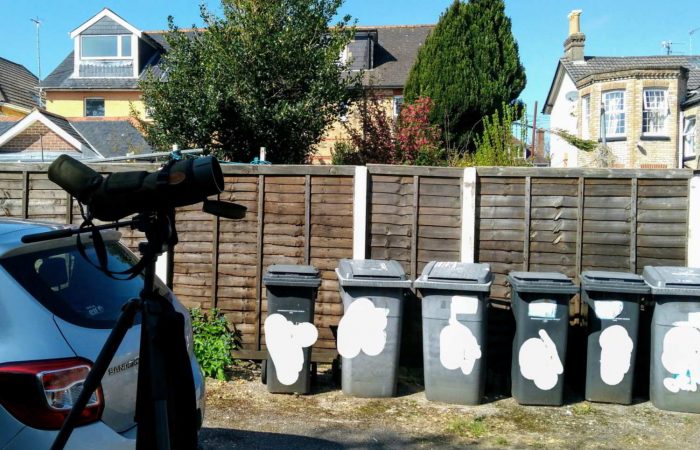 At the time of writing I’ve added 26 species to the Flat List, including two incredible records just this morning (which I’ll come back to later). Some of these additions have been resident species which I’ve probably missed in the past due to limited time spent at home and the confounding addition of traffic noise; both situations remedied by the Lockdown. I’ve heard Green Woodpecker almost every day, and the trumpeting of a distant Nuthatch has also rung out on a couple of occasions. Considering that the flat is located several kilometres from the nearest body of freshwater, wildfowl have been well represented, with Shelduck, Mute Swan, and Canada Goose all recorded going over. Better still, a couple of flocks of Common Scoter were heard calling in the darkness overhead, in addition to a flock of Teal, during one memorable night-time listening session. 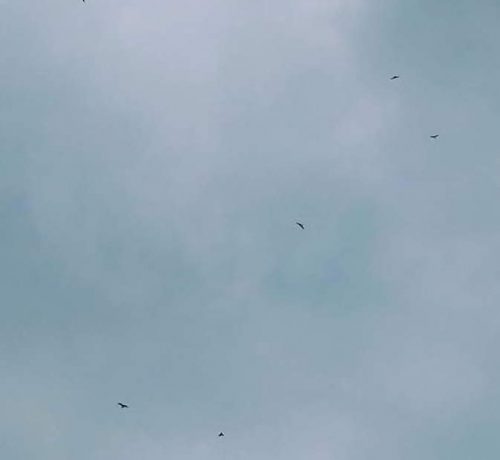 Prior to the Lockdown the only bird of prey I saw with any frequency was Sparrowhawk, with the handful of Buzzard sightings (and the lone Osprey last year) further testament to my previously limited recording effort. The current crisis has at least given me a new perspective on raptor movements over the flat, with first Red Kite, followed by Peregrine, then Marsh Harrier (a wonderful migrant bird low north one morning in mid-April), Hobby, and (finally!) Kestrel added to the Flat List since the Lockdown began.

My initial Red Kite sightings back in April comprised four singletons spread over several days, tying in with the now well-established early spring coastal movement of the re-established UK population. Nothing could prepare me for the events of Sunday 10th May though, when an unprecedented migration of Red Kites along the entire south coast resulted in me recording 63 individuals heading west over the bins in just under an hour and a half! This included kettles of 17 and 10 birds soaring alongside one another above the flat, and the amazing sight of c.30 Red Kites appearing in a ragged line, stretching north to south, from above the rooftops to the east at one point in the proceedings. For a few glorious hours my flat held the county record for the most Red Kites seen in one location, but my modest count was trumped later in the day by staggering counts of 100+ from further west in Dorset.

Whilst the raptors overhead have proven both eye-catching and enthralling to watch, it’s the passerine migrants that really get my juices flowing and, although limited in scope, passerine visible migration (VisMig) above the flat has proven every bit as entertaining. In April I recorded both Tree Pipit and Yellow Wagtail heading north, as well as less expected migrants such as Bullfinch and Reed Bunting, and for three days in early May small parties of Crossbill were recorded moving overhead. Grounded passerine migrants have also been a frequent feature of neighbouring gardens first thing during April and early May, with multiple Willow Warblers, Chiffchaffs, and Blackcaps noted feeding in the trees and bushes next door on several dates. Less expected have been the handful of Whitethroats and Garden Warblers, let alone the Wheatear that spent a memorable day flycatching from nearby rooftops, or the glorious Whinchat that flew in to perch above my head for less than a minute before flying off south. 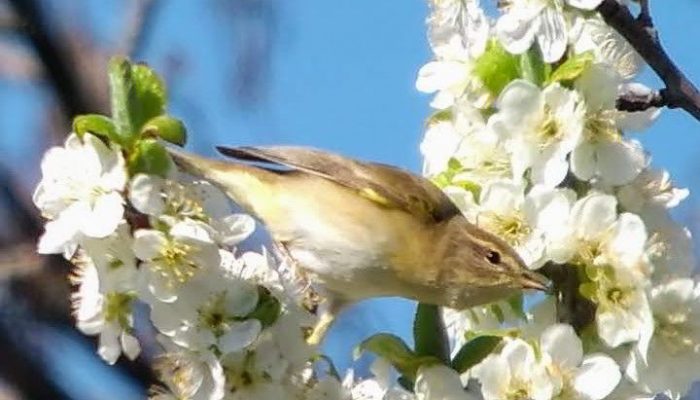 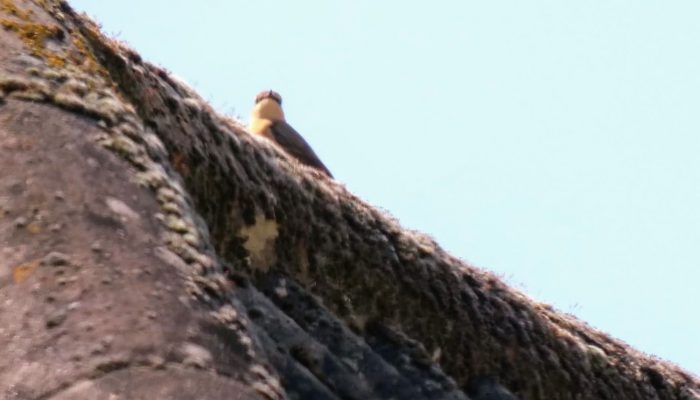 Which brings me back to today… A continuing strong north-easterly wind encouraged me to have a lie in rather than have my obligatory, early doors, stint by the bins. I headed outside at 07:15hrs expecting to see little, more out of force of habit than anything else. Standing by the bins, I was pleased to see my local Firecrest (whose presence as a breeding species has been yet another Lockdown revelation) again busily foraging in the bushes next door, when I looked up to see a larger bird gliding towards me above the rooftops to the south. Raising my binoculars, I was amazed to see that it was a Fulmar about to overfly my flat (located more than a kilometre from the sea)! Incredulous at this ridiculous seabird, I was more than pleased with my morning, even in the absence of any other migrant activity.

Cut to a couple of hours later, when the noise of gulls mobbing a raptor drew me from my work desk to scan south-westwards from my first-floor window. I soon picked up a Buzzard receiving an absolute hammering above the rooftops from the local Herring Gulls but then, whilst my bin’s were trained on the combat, another bird circled into my field of view from below. For the second time this morning, a split second of incredulity gave way to the realisation that I was watching a pale morph Arctic Skua slowly circle up above the rooftops of Branksome and Westbourne! I watched the bird for a couple of minutes as it circled higher and higher in lazy arcs, before losing it in the base of the lowest clouds. There are historical records of skua species migrating overland from the mouth of Poole Harbour, located to the south-west of the flat, but it’s not something that I thought I would ever see from my living room…

Ultimately, the spring’s not yet over, and neither is the Lockdown come to that, so there’s still plenty of time for further bin-based birding insanity, so if you’d like to follow the ups and downs of this locked down urban birder, then feel free to follow me on twitter @beardybirder or on the hashtag #BirdingByTheBins.

See you all on the other side, I hope! 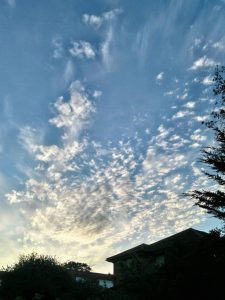 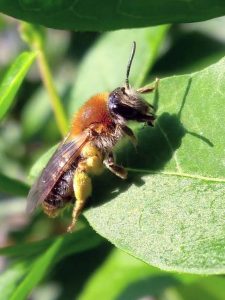 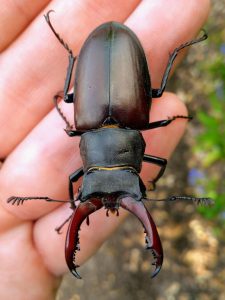 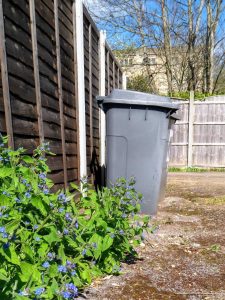 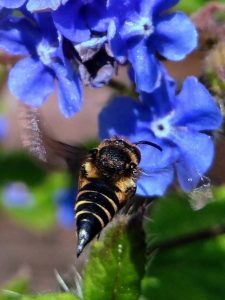 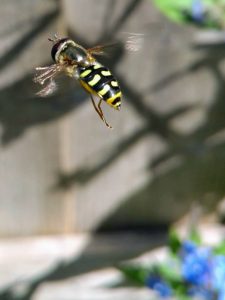