Something stirring in the cemetery

After a notably sedentary spring, during which the wildlife highlight of lockdown for me was my daily walk to my local Derbyshire Wildlife Trust reserve, cabin fever was starting to set in. And so, with travel restrictions easing, albeit not for long, August found me on a train heading from Munich to Vienna.

A ten-minute journey from Vienna’s central station takes you to the rather incongruous setting of a suburban cemetery, the Miedling Friedhof where, amongst the memorials to worthy Viennese burghers, I was on the hunt for one of Europe’s most threatened mammals, the latest addition to the (seemingly ever growing) IUCN Critically Endangered list.

Turns out, for some rare mammals, there’s not so much hunting required. I’d barely walked through the cemetery gates before, just behind the information board that makes it clear you’re in the right place, a bumbling shape scuttled across the lawn between the tombstones… the increasingly mis-named Common Hamster.

A surprisingly big beast (think of the old Golden Hamster of childhood, but twice the size), the Common Hamster’s increasingly fragmented range stretches from France across the grasslands of Europe and the steppes of Central Asia to the foothills of Altai Mountains. For some reason, here in Vienna’s graveyards and other pockets of former steppe grassland in the city, the hamsters have thrived: while their rural cousins are shy, nocturnal animals, persecuted for chomping through crops and burrowing their way through pastures, here in the city they are active during the daytime, and quite content to share their home with this camera-wielding mammal-watcher, hiding behind the headstones.

During my visit I saw at least 30 of these delightful mammals, grazing across the lawns, their cheek-pouches full to the brim. Occasional fights over the finest foraging rights explained the odd torn ear or worry-worn appearance of the adults. Youngsters bounced around, even less wary than the adults.

After a wonderful couple of hours, in the late afternoon sunshine, watching the comings and goings of the cemetery’s liveliest residents, it was time to head back into the city, for schnitzel and sachertorte. 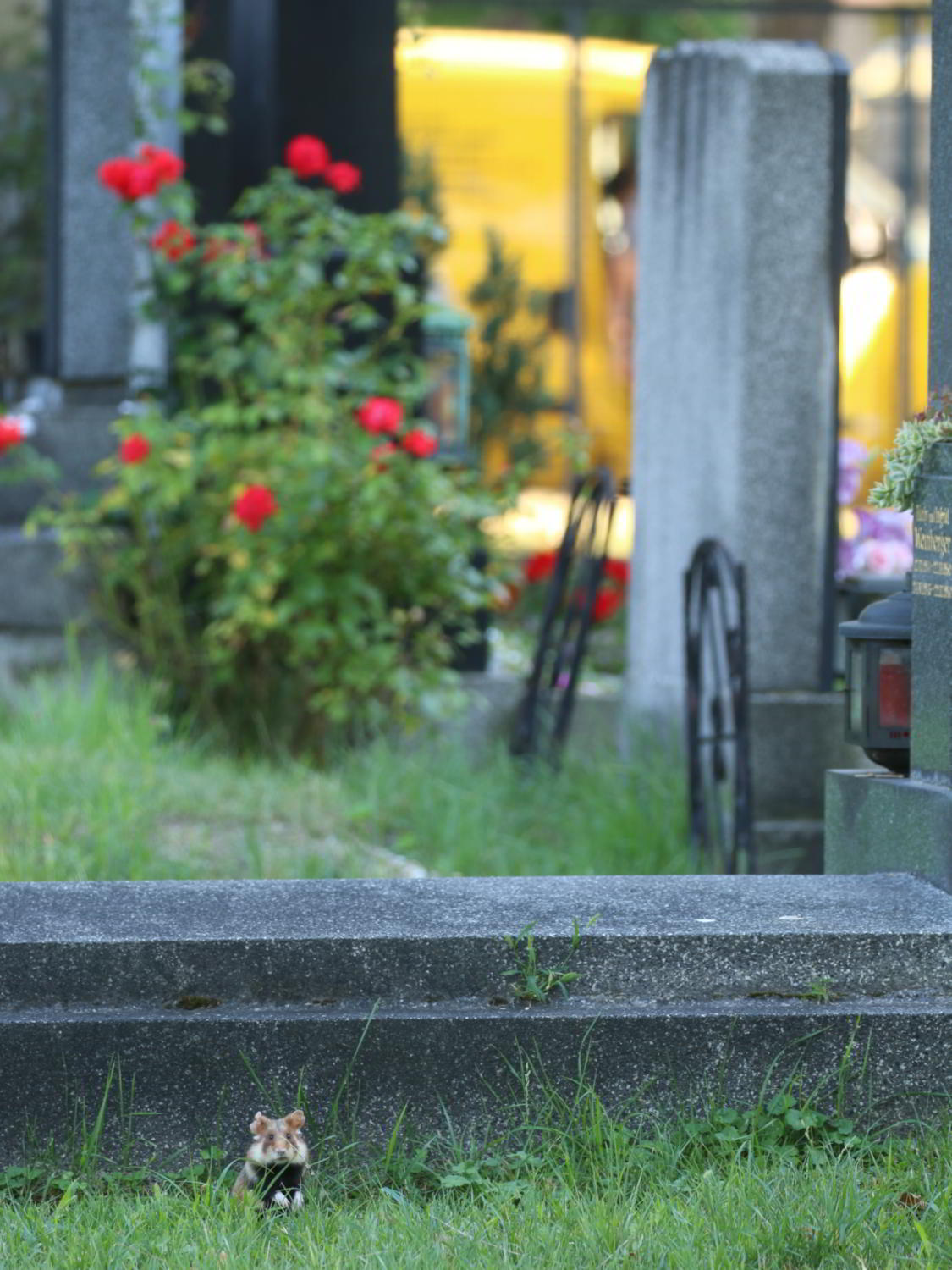 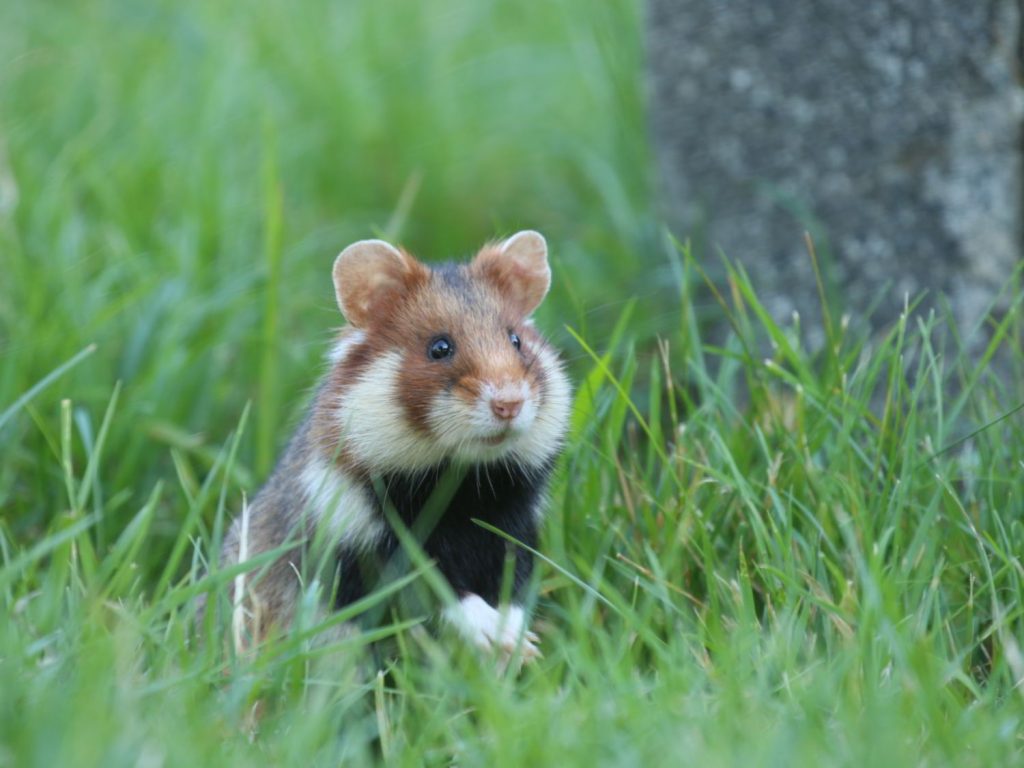 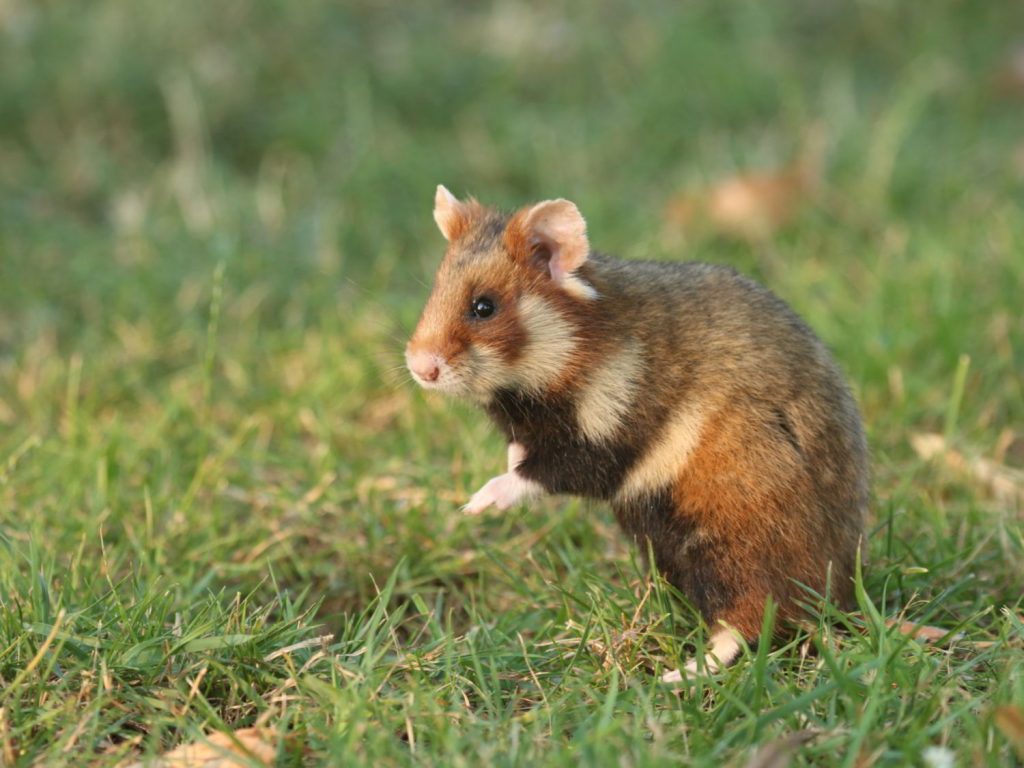