The best way to birdwatch in the llanos

My first morning dawned with anticipation and the clamour of birdsong, of which I knew few of the voices. Setting out the day before from sprawling Bogotá, I had travelled east over the mountains and forests of the Andes, to los Llanos Orientales; the vast plains and wetlands of eastern Colombia that reach out for Venezuela across the Orinoco Basin. The seasons here are straightforward: wet or dry, and I visited during the transition, as the plains emerged from the rains. With never-enough days there are always decisions on how best to experience somewhere new. Exploring on foot, by four-wheel-drive, in a wooden canoe and on horseback, gave me time to consider: what is the best way to birdwatch in the llanos?

There is a long history here of cattle farming, with the barefoot llaneros keeping a watchful eye on herds of structural zebu cattle. This extensive grazing produces a patchwork of tropical grassland, savanna and gallery forest, home to Giant Anteaters, South American Tapirs, Giant Otters, Spectacled Caiman and Jaguar.

The first thing that strikes you (or maybe the second if you were distracted by oropendolas rioting in the trees) is the space, as the open landscape dashes away from you. On foot you get a sense of the components of the llanos, as woodlands dissolve back into grasslands scattered with channels, pools and muddy wallows. Our first day was spent walking, with the soft hoots of Howler Monkeys drifting in the air preventing attention from anchoring in any one place.

As we edged around a Capybara latrine, an Agouti picked its way noiselessly through the trees ahead. We were working our way along a botanical trail through mature woodland that shadowed the river. Skirting around a swamp, an opening through the trees framed a pair of Sunbittern shuffling along branches, with one spreading its wings to reveal its striking wing pattern. Continuing just a little revealed a cluster of trees adorned with Roseate Spoonbills, Boat-billed Herons and Rufescent Tiger Herons, dozens of eyes watching our every move. A flash of red and yellow announced the appearance of a Wire-tailed Manakin, another colourful creation hopping out of my field guide to perch in the dappled sunlight.

Hato la Aurora was created in 2008 to safeguard this patch of the llanos from exploitation for oil. Covering some 10,000 hectares, the reserve forms an important link in the Jaguar Corridor Initiative to help protect the elusive cat. Exploring the reserve by four-wheel-drive the next day, my trust was firmly bestowed upon our guide Jiovani as we followed trails that didn’t always appear to be there. 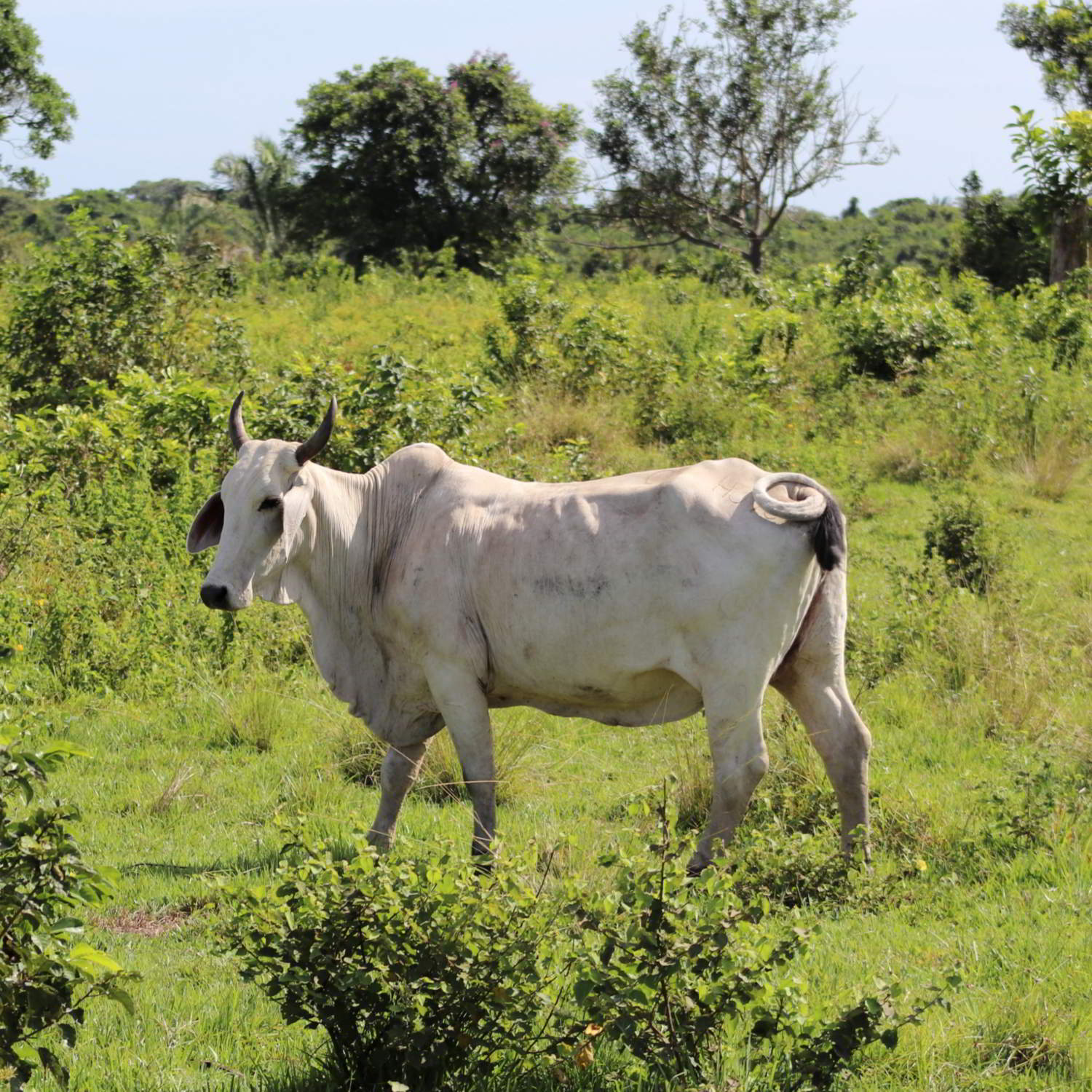 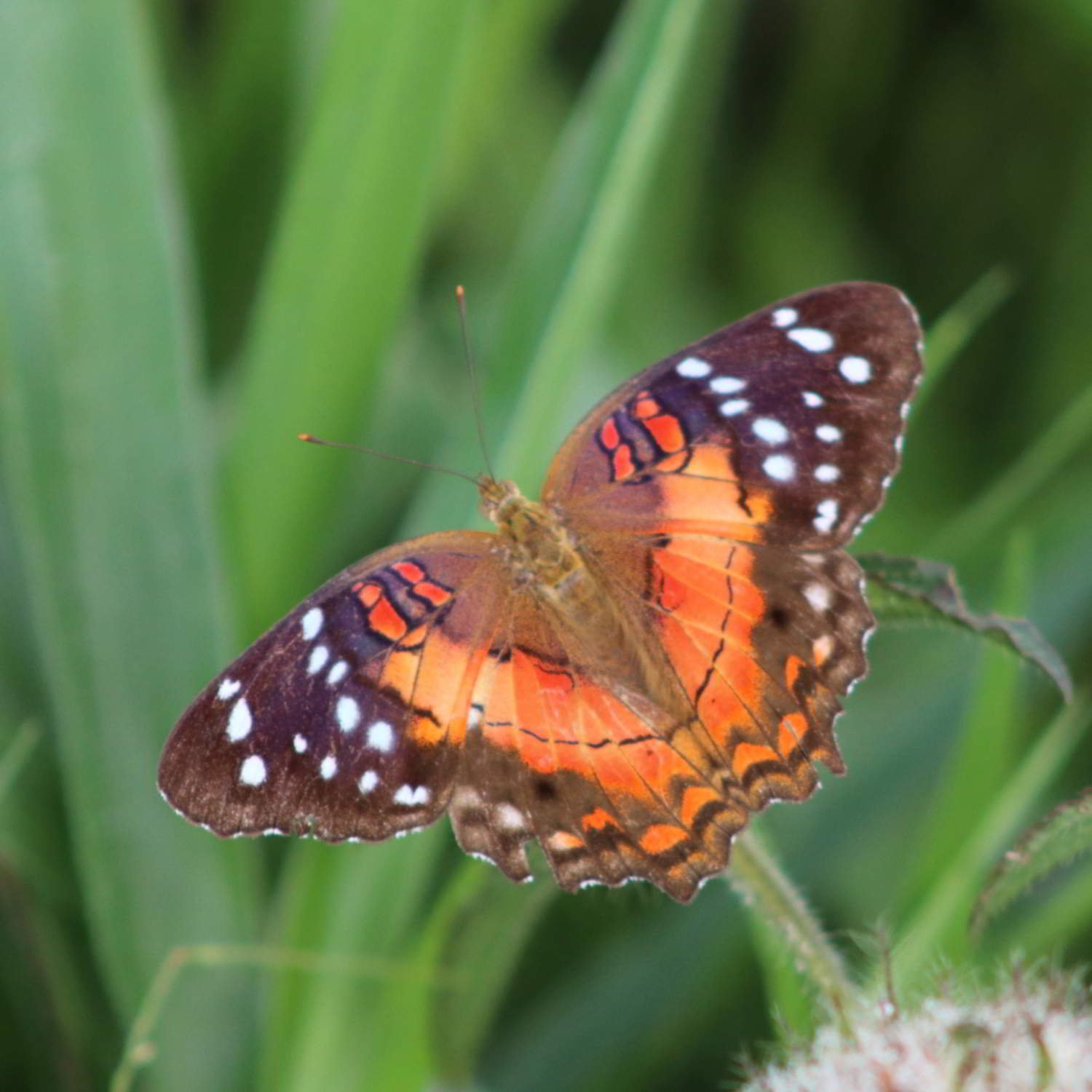 The sightings came thick and fast, and so did the mud, as we followed a foot to the floor and hope for the best trajectory. It was a bumpy but fantastic ride. Stopping alongside a small pond with butterflies stamping its edges, we caught the attention of a Wattled Jacana, whose enraged shrieks left us in no doubt of its feeling about our choice of parking place. Moving on, Burrowing Owls stood transfixed in open clearings, and huge Green Iguanas basked in trees. We stopped at one of the main watering holes, busy with birds including Scarlet Ibis, Black-necked Stilt and Pied Lapwing, and Capybara wading the shallows, some adorned with vegetation or half-baked mud. Several Spectacled Caiman glided over for a closer look as we walked along the bank, focused eyes low in the water. 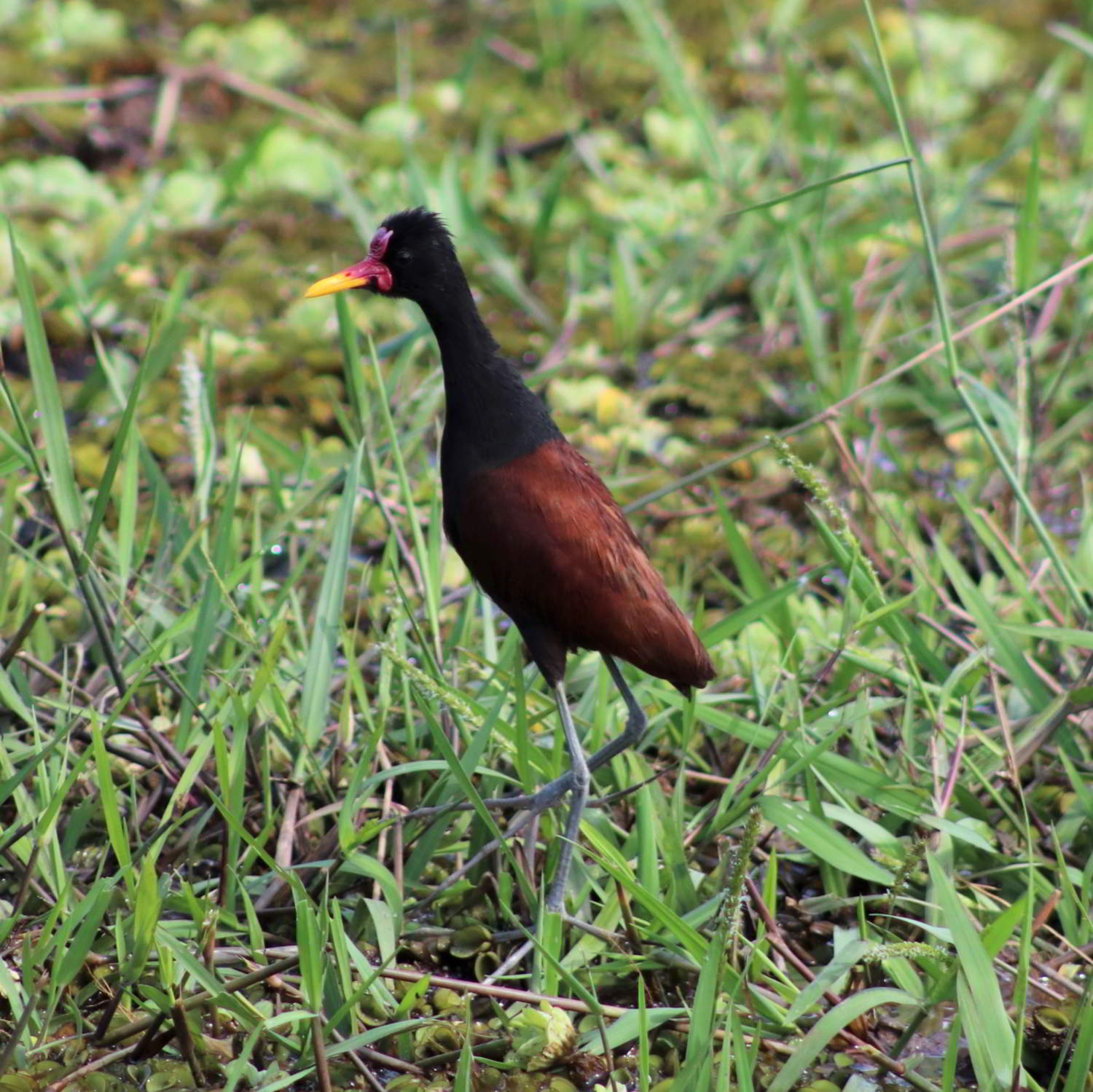 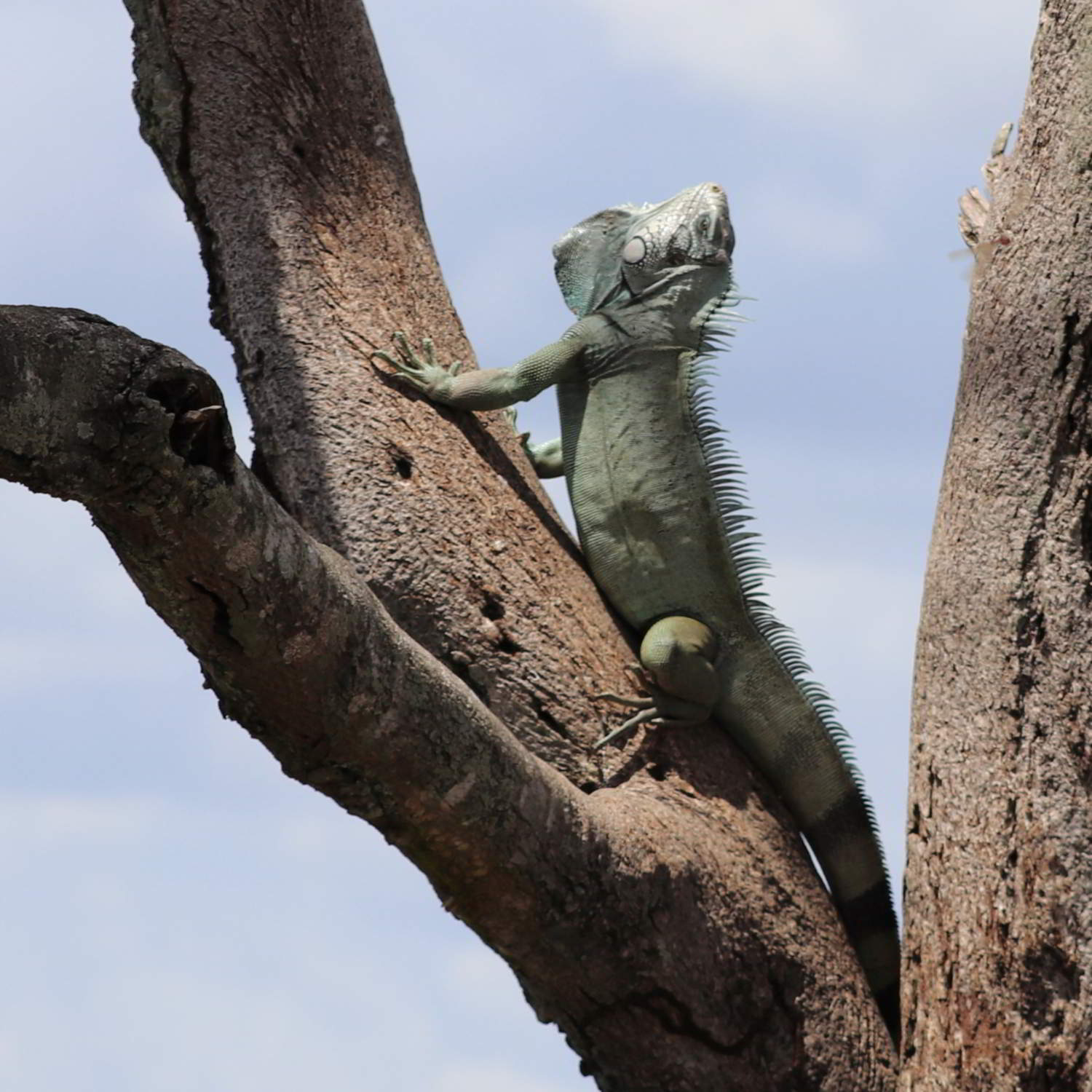 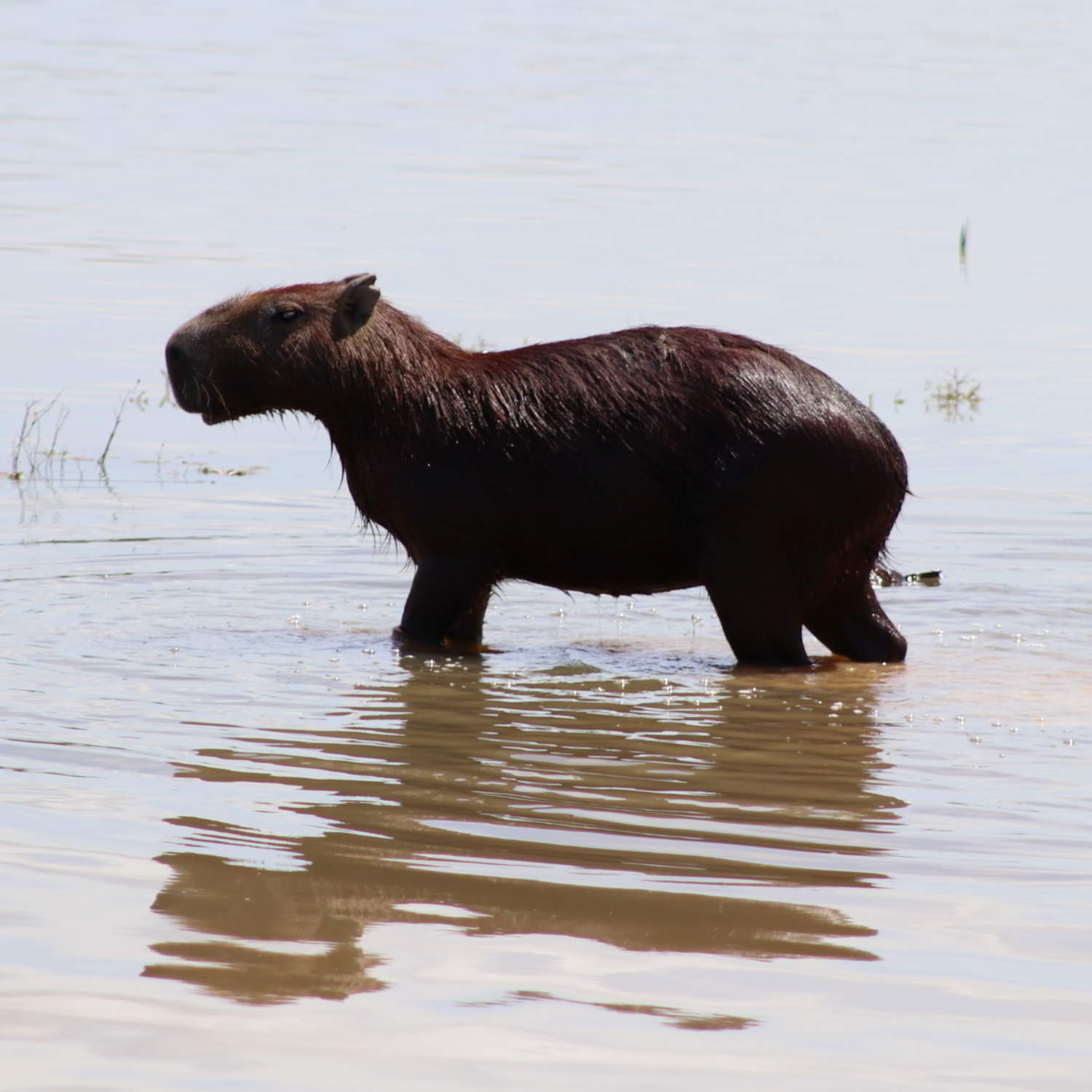 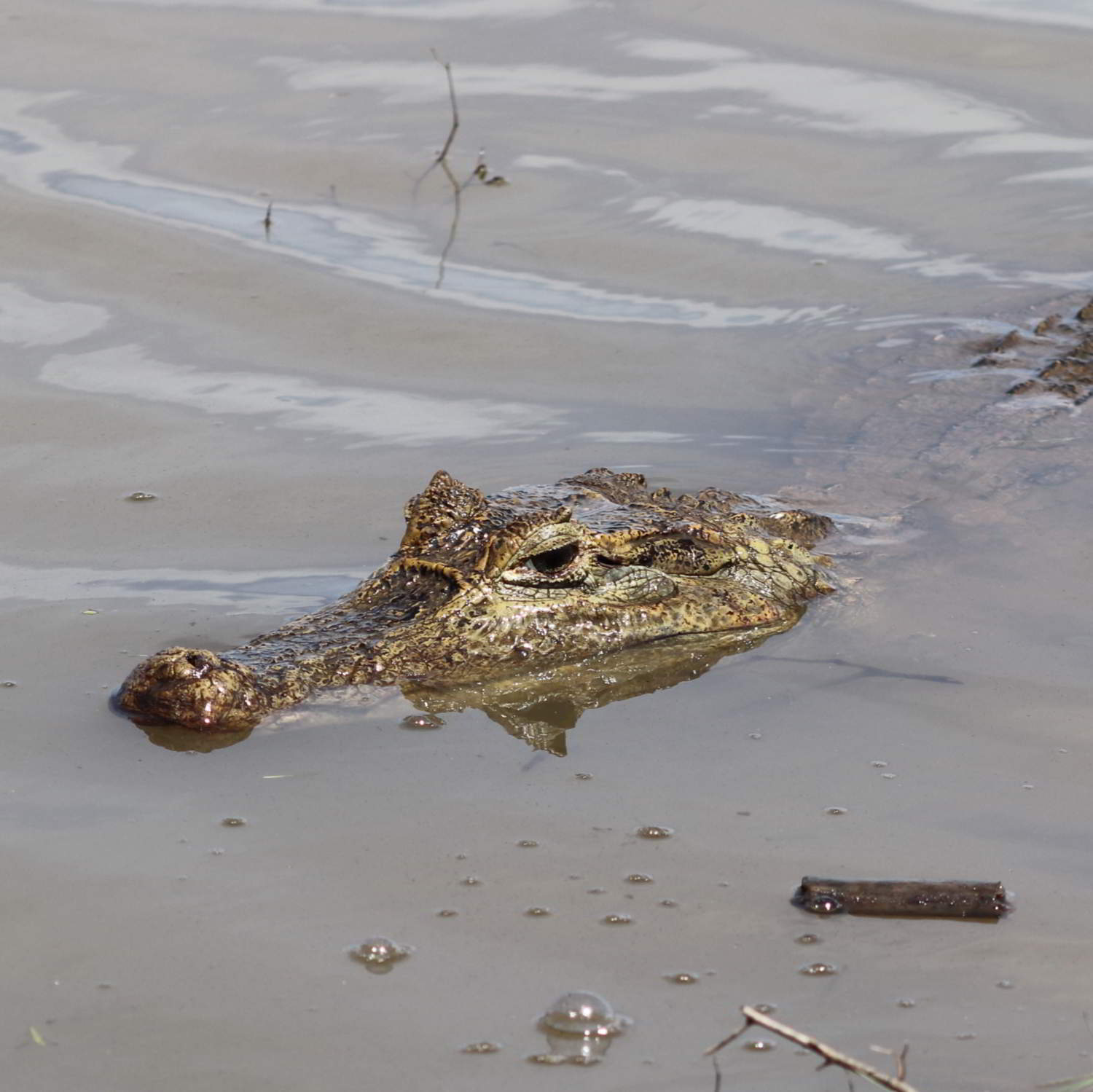 We made our way to the ranch in time to enjoy a spot of birding before lunch, from the colourful hammocks slung up among the trees. The shrubs and feeders in the garden were attracting a fine selection including Venezuelan Troupial, Silver-beaked Tanager and Bananaquit. Journeying back as the reserve settled into dusk, we were accompanied by pink clouds of ibis and spoonbills returning to roost, whilst vocal flocks of Oriole Blackbirds assembled in the shrubs. Over dinner we were whisked into the world of the llaneros. A harp and cuatro guitar rang out rhythmic joropo music to accompany fast-paced dancing, as fireflies weaved light erratically into the night beyond. 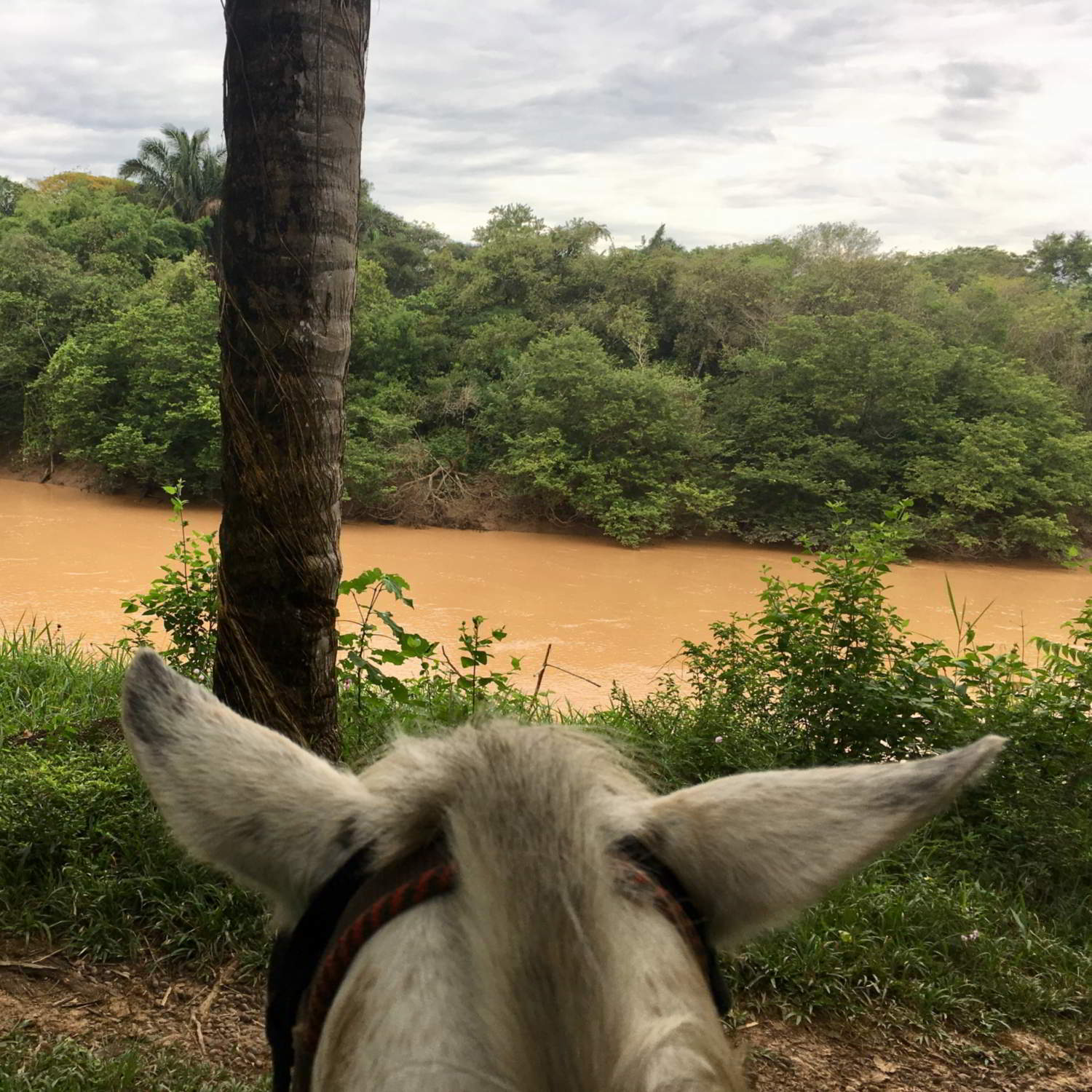 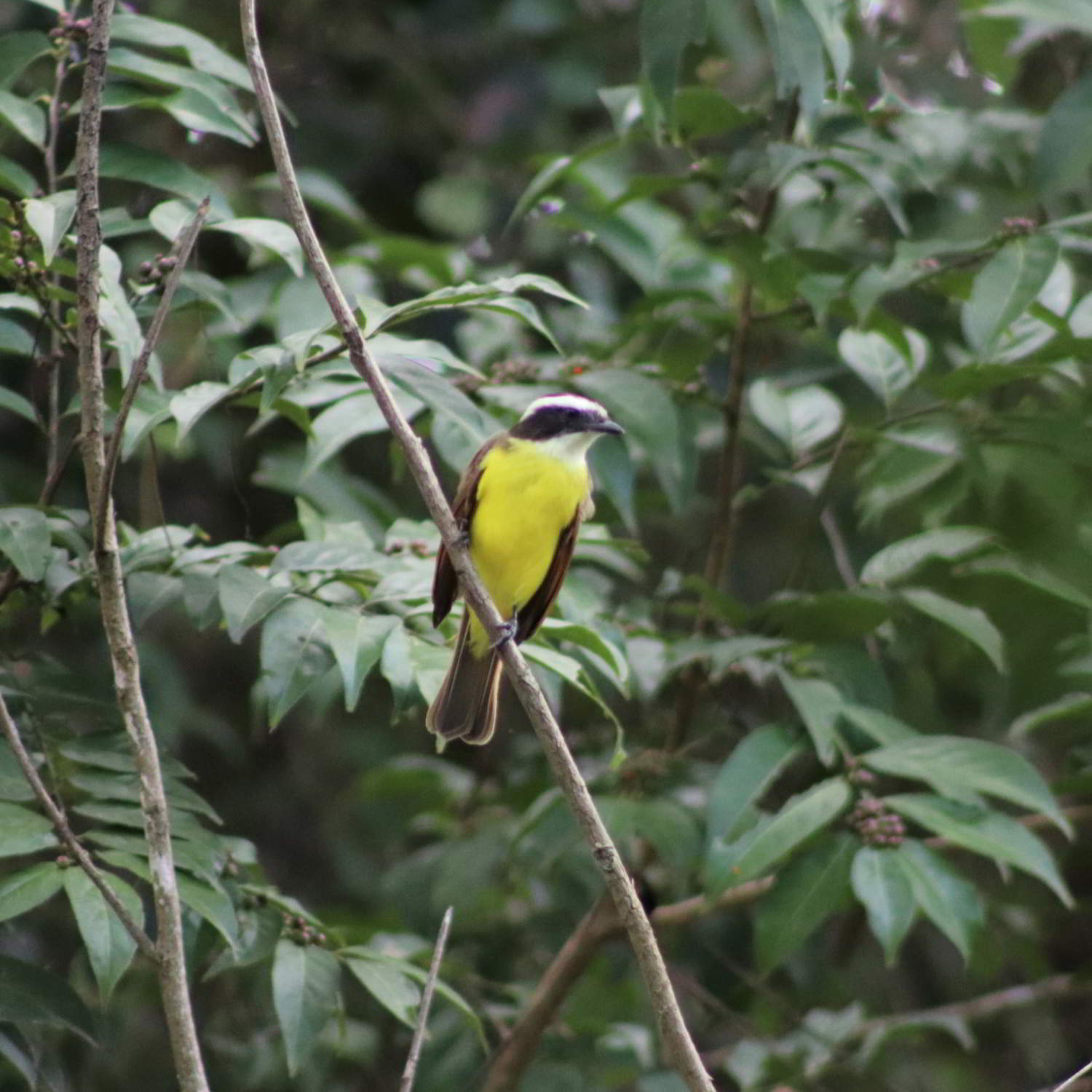 The chorus of parrots the next morning brought my greatest challenge yet. As a proficient and confident rider in my youth, it was time to resurrect my prowess as a horsewoman. Trekking alongside the river, our relaxed pace allowed us to spot Violaceous Jays and anis amongst the trees and a Cocoi Heron moving stealthily around a pond. At each stop my pony sighed dramatically, as if to let me know it really wasn’t all that interested in birds. We passed through a small village, with just four houses now occupied a testament to the conflict that once enveloped the country. Making our way back through more open country a pair of Horned Screamer were lumbering around the feet of cattle, with a decidedly more delicate Fork-tailed Flycatcher flitting among vegetation. On the path we met a true llanera, gracefully aloft her horse, her criollo hat and trademark bare feet making me suddenly self-conscious of my own rubber boot clad legs.

Our final morning started early, for a trip up the river in a traditional wooden canoe. During the night, heavy rains; almost certainly the last of the season; had noticeably raised the water level. Drifting along, we spotted plenty of Capybara and Green Iguanas dozing on the shoreline, along with the occasional Orinoco Goose. Our aquatic perch gave us good views of Amazon Kingfisher and Pale-headed Jacamar, seemingly oblivious to our presence, before a group of Speckled Chachalacas began heckling from the riverside trees. Further upstream we found a group of quirky-looking Hoatzin, feasting on leaves and grunting among themselves. We made our way back for home in a warm downpour; almost certainly the last of the season.

There was time for one more round of plantain and a final exchange of looks with the bat-eating snake peering down from its home in the rafters, before it was time to leave. The river brought us back to the road to negotiate potholes as we headed towards Yopal and on towards the bustle of Bogotá.